Formed in 1996 by a testicular cancer patient, Orchid exists to save men’s lives from male-specific cancers through pioneering research, the provision of specialist information and support, campaigns and raising awareness.

Red Box is sponsoring Hertford based Communication Consultant & racing enthusiast David Norton, and St Albans Car Dealer James Darby and 20 friends to drive 10 Mini’s 5,000 miles across Europe – all in the name of the charity.

“Initially it seemed like a great idea for two car fans… buy a convertible Mini for under £1,000, fix it up, take a week off work to see the sights and raise lots of money”, says David. “Then we read the rules: we stop only for fuel, mechanical issues or designated selfies, the roof must be open at all times, and all kit, tools, food and spares must be carried in the car.”

Their journey began on Sunday 15th September and they arrive back in Hertford one week later, having passed through France, Luxembourg, Germany, Italy, Greece, Serbia, Hungary, Slovakia, Austria, Czech Republic and Holland.

“It won't be easy”, says James, “but together the 10 teams should raise over £20,000 for the Orchid Men’s Cancer Charity - which funds research, awareness and support.” Something close to David’s heart because his father died of Prostate Cancer – which could have been treated if caught earlier!

David and James have been working relentlessly to raise funds, and have been fortunate to receive sponsorship from two generous Hertford residents: Richard Stevenson from Red Box, and Lara Korz from Azur Insurance, but every penny helps so they’d love more donations.

Orchid is the UK’s leading registered charity focused exclusively on male-specific cancers. Formed in 1996 by a testicular cancer patient, Orchid exists to save men’s lives from testicular, prostate, and penile cancers through pioneering research, the provision of specialist information and support, campaigns and raising awareness. 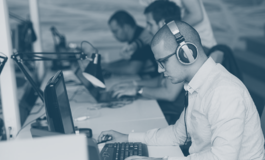 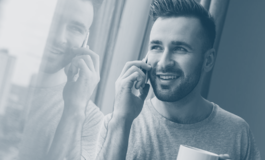